I see no reason to keep the code for Go2 and Paragraphs to myself. I have no plans to continue developing them, have received no requests for support, and have seen very, very, few sales over the past few months. So, as of now, both Go2 and Paragraphs are released as open source, under the MIT license, available on GitHub.

or, A Good Life

Update: July 30, 2013 - Farmdog is not closed, but I am rethinking everything. Paragraphs will continue to be supported for the foreseeable future.

In the online help for Paragraphs, I have a rather odd statement: 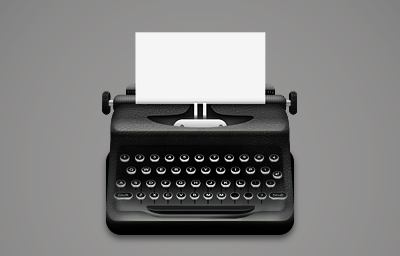 So, while I was debugging the first post using Scout, I found an oddity in NSString. I was building the links between the posts using stringByAppendingPathComponent, to join the site’s base URL with the path component of the individual post. Unfortunately, that method seems to be stripping one of the forward slashes off of the http:// string, which screws up building links.

Part of a Farmdog project I’m working on needs nice syntax highlighting for markdown. After searching around for a bit I found Ali Rantakari’s PEG Markdown Highlight project, and knew that it would be a perfect fit. Unfortunately, the code was not written for ARC, or Automatic Reference Counting, and my project was. Rantakari’s code worked fantastic outside of ARC, but inside it needed a few days worth of love and attention.

Go2 1.2 is in review, and when it is released it will bring a new feature that I’m hoping will speed up access to bookmarks considerably: Spotlight integration. Spotlight is amazing technology, and one of the biggest advantages OS X has over it’s competition. The Spotlight search and matching algorithms can index millions of files, which makes it a perfect companion for people who have anywhere from hundreds to thousands of bookmarked server connections in Go2. So far, my own menubar indexing gets a bit choked up at around 1500 bookmarks or so. It still works, but no where near as fast as Spotlight.

From Zero to the App Store

This past Thursday I was privileged to speak at our local CocoaHeads about my history, and how I was able to bring my app to market. Since someone on Twitter asked for my slides, which don’t amount to much, I thought writing up my experiences would be a little more useful.

Go2 and the Mac App Store

Yesterday, Go2 was one of approximately 1000 applications available on launch day of the Mac App Store. It’s been a nerve wracking experience, but overall I’m pretty happy so far with the way its gone. I’ve been able to identify a couple of last minute bugs and get their fixes incorporated into version 1.1, which I’ve had in beta testing for about a month now.