I was given a clean slate of a Mac to work with this past Monday, so I gave some thought to which apps I wanted to use. Looking back at some of my favorites that have fallen behind, I was left with a bit of nostalgia for the apps that once made the Mac experience great. It is easy to tell which developers care about keeping their application up to date, just check the top right corner and look for the full-screen opposing arrows. If they are not present, there is a good chance that the application has been abandoned.

Mac OS X Lion was released in July of 2011. As I write this, it is now October of 2012. If in the fifteen months that the full-screen API has been available the developer has not taken advantage of it, odds are good that they have not kept up with any of the more interesting advancements in the past year either. For the most part, the applications listed below still work well, but it is a shame that the once great have been left by the wayside.

OmniWeb - OmniWeb is the oldest browser still under development, although it may soon cede that title. OmniWeb was released in March 1995, Internet Explorer was released five months later in August 1995. OmniWeb’s most prominent feature is visual tabs. Unlike other browsers, OmniWeb uses a drawer to show a vertical list of thumbnails of the site, making it very easy to tell which tab holds the site you are looking for. OmniWeb also has a great feature called Workspaces that saves the state of the browser, including all open windows and tabs, in groups that can be switched between. So, if you are doing a lot of research on a particular topic, and want to save where you are for later, you can save the workspace and return to it at any time. Dr. Drang recently wrote an applescript to accomplish nearly the same thing with Safari. OmniWeb used to be a paid application, but the OmniGroup released it for free in 2009, and it has not seen a significant upgrade since.

Yojimbo - Yojimbo was released by Bare Bones Software in January 2006. I bought a copy, and upgraded to version 2 in 2009, and to version 3 in 2010. I have tried, and failed, to use Evernote and DEVONthink for the same thing I use Yojimbo for, but there is simply nothing out there that makes saving and finding data as easy and fast as Yojimbo. Over the years I got used to the Command-C, F1 keyboard sequence to copy something and throw it into the Yojimbo database. Unfortunately, when Apple made the transition from MobileMe to iCloud, the syncing feature that Yojimbo used was lost, and Bare Bones needed to do some major modification to the underlying data storage piece, modifications which are still underway. Or, so we’ve been told anyway, over and over again. In the meantime, unless there is a major version 4 coming around the corner somewhere, Yojimbo feels like another OmniWeb; amazing at what it does, but left behind by the developer.

Delicious Library - I love organizing things, and Delicious Library was built for the obsessive compulsive in all of us. It comes with a great barcode scanner that worked before there were barcode scanners that worked. It had fun animations, it won awards, it’s developers got rich or joined Apple, and then it dropped off the radar. DL3 was announced, and a request for beta testers went out, but the software has yet to be released. Delicious Library was one of the apps that I would show off to Windows users five or six years ago, and it is one of those apps that I always thought would make a natural progression to iOS and the iPad. Sadly, it seems this is not to be. 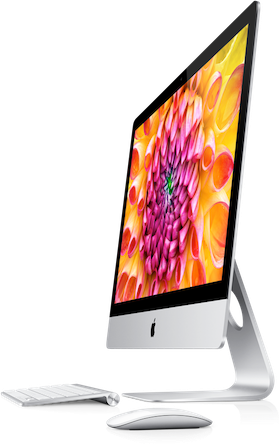 It is understandable that each of these applications must bow to the pressure of the economy, that their developers must make decisions on what to work on based on financial benefit and health of their company. However, the loss of active development of some of the best applications available for the platform worries me. What is becoming of the developer ecosystem when the best in class is abandoned, and seven of the top twelve applications in the Mac App Store belong to Apple? The Mac has never been stronger, Apple’s engineering has never been so advanced, and if there were ever a time to make your app shine, this is it.