I’m angry. You should be too. On December 14th, a young man shot his way into a locked elementary school in a small town in Connecticut and murdered twenty children and six adults. This is an abhorrent act by a mentally ill person, but the magnitude of the act was amplified because the murderer had access to guns. Big guns. 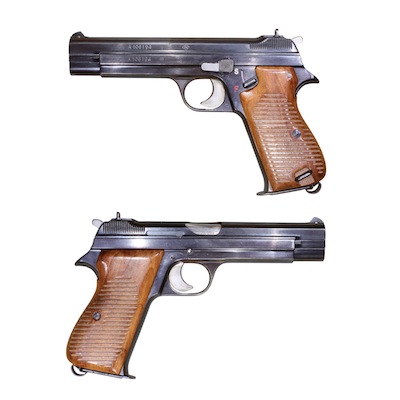 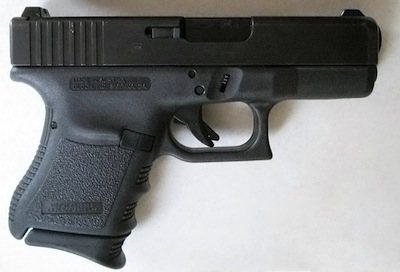 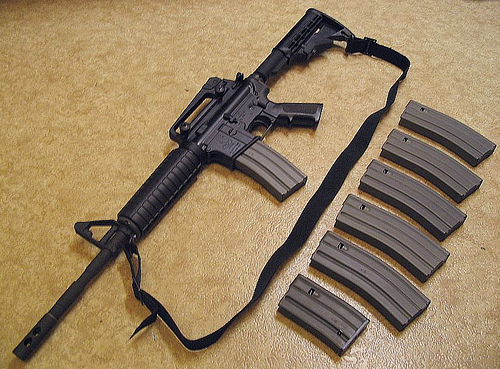 The Bushmaster was the primary weapon used in the attack. Take a close look at that gun and ask yourself what the primary purpose of a device like that might be. This type of gun is not used for hunting. This is a military grade weapon, it’s sole purpose in existence is to kill human beings.

The other day I had the unfortunate privilege of watching The Expendables 2. The movie is not good, but it’s appeal to a certain group of people is understandable. Lots of violence, big action stars from the 80’s together in one movie to spew horrible one-liners off of each other. It’s 103 minutes of senseless violence, glorifying in how many bad guys the good guys can kill before reloading. It is a movie made for men who never outgrew their adolescent worship of Rambo. A movie that caters to the American desire to be seen as a “bad-ass”.

Someone you don’t want to mess with, someone who would rip your head off, someone who dresses all in black because that’s what the lone wolf who fights for revenge does. “Whoaaaaa… Arnold and Stallone AND Bruce Willis in the same scene!” It’s exploitation of hero worship. The show is designed to appeal to our base instincts, to get our adrenaline pumping, and to allow the viewer to vicariously wear the persona of a man who acts without conscience. A man who is not pushed around by anyone.

The Expendables is not responsible for the shooting in Connecticut, but it does serve as an example of the type of mindset that plagues the United States. The disregard for human life and general lack of empathy or caring glorified by The Expendables is not new. I’ve seen movies like this for my entire life, and the shows go back at least to the westerns of early cinema. Popular movies are just a mirror for exposing what we like. Americans are a violent and warlike people. Just because some of us wear a suit and tie to work doesn’t mean that we don’t carry that violence inside. We are not too far removed from Romans who would watch gladiators duel to the death in the Colosseum for sport.

Our culture of violence, and our deep embrace of guns as an expression of individual achievement and self-realization is a deep problem that is not going to go away any time soon. We make assault rifles available to the general public, but most states will still lock someone up for possession of an eighth ounce of marijuana. We have much work to do.

The shooter arrived at the school wearing a bullet-proof vest, military style clothes, and a mask. He used the Bushmaster to shoot open the door, and then killed the first two people who tried to stop him. Our local school board addressed the security of our school at the monthly meeting, where a respected member of the community, a doctor no less, said:

There’s no better deterrent than shooting back at someone.

That depends. On several factors. In the case of the Connecticut incident, I’m not sure it would have mattered. It is very difficult to stop a determined gunman, especially one who has already made up his mind to take his own life. If a target is guarded, the first person you take out is the guard. If the guard is carrying a weapon, you make sure you have a counter-weapon, something big enough, fast enough, and powerful enough to win in a gunfight.

However, the real issue is not properly equipping the guard to deal with a siege. The issue is that the doctor’s proposal recommends fighting the problem with more of the problem. It is the expendables answer. It is Rambo’s answer. The problem is not that our schools are not better protected, the problem is that we have a culture that encourages violence, provides easy access to powerful weapons, and does not provide adequate treatment for mental illness.

Take a look at the Bushmaster in the image above again. Why do we want this in our world? Why does this weapon exist? The obvious answer is because there are bad people in the world that need to be dealt with. I agree, and I am so thankful for the military members who put their lives on the line to protect our way of life. But why outside of that context, outside of the group of people we have selected to deal with threats, the police, the military, why does the Bushmaster need to be made available to the general public?

If you privately own one of these weapons, why?

My favorite argument against tighter gun laws is that criminals do not obey the law, so they would have guns and law abiding citizens would not, leaving the good people at the mercy of the bad. It is a nice sentiment, but not one that holds up under scrutinization. In the imaginary situation where guns other than rifles for hunting were outlawed, where would a mentally ill person contemplating shooting up a kindergarten get his guns? From the mafia? From the local, small-town underground arms dealer? I would assume that whatever pleasure is gained by owning a weapon like this would not be enough to offset the risk accepted by breaking the law to obtain the weapon. Therefore, assuming that the local police are doing their job, the weapons would not be available.

Besides, criminal access to weapons is a different problem than the one being addressed here. This is a problem of culture and availability.

A well regulated militia being necessary to the security of a free state, the right of the people to keep and bear arms shall not be infringed.

The right to bear arms so often called upon by gun enthusiasts is misused. The founders of our nation were saying that local governing bodies could organize a militia. I’m certain that the founders could not envision a Bushmaster, nor could they imagine a world where someone would use one to murder children. We live in a world unimaginable to the people who founded this country, so interpreting their wishes makes little sense. We need to decide for ourselves what is best for the current world we live in, and what is best for the immediate future.

My opinion is that the only gun a private citizen truly needs is a rifle for hunting. Would the massacre in Connecticut have happened if the only gun the killer could get his hands on was a single shot rifle? I don’t think so.

We have a few things to work on, America. Let’s put an end to glorifying senseless violence. Let’s get the weapons who’s only purpose is for us to more efficiently kill each other off the streets. Let’s focus on getting people who need help the help they need. We are better than this, we can do better.