For the past two months I’ve been working, on and off, with a Rocelco Height Adjustable Standing Desk Riser, a less expensive choice for working at a standing desk than the popular VARIDESK. The Rocelco is a solid alternative for budget conscious workers, but as with most products, the drop in price comes with a set of trade-offs. 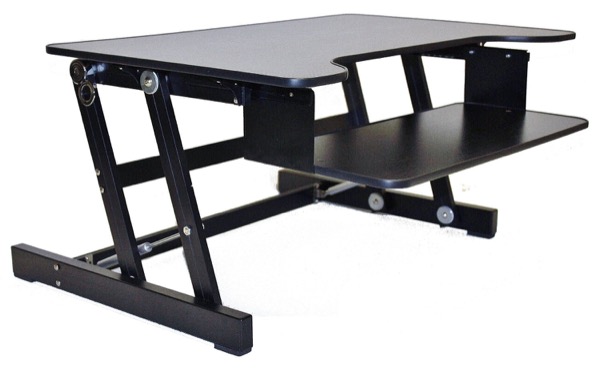 Having worked for several months with a VARIDESK, and the past two with the Rocelco, my opinion is that the VARIDESK is simply a better product, and will probably stand up better over the course of several years. The Rocelco does what it advertises, it raises the monitor and keyboard tray up to a reasonable level that feel appropriate to my height. However, the pistons it uses to raise the desk are so strong that you can’t simply pull on the top to raise it and stand away while the desk raises itself. If you do the top shoots up with enough force that when it reaches it’s full height it stops suddenly and shakes. 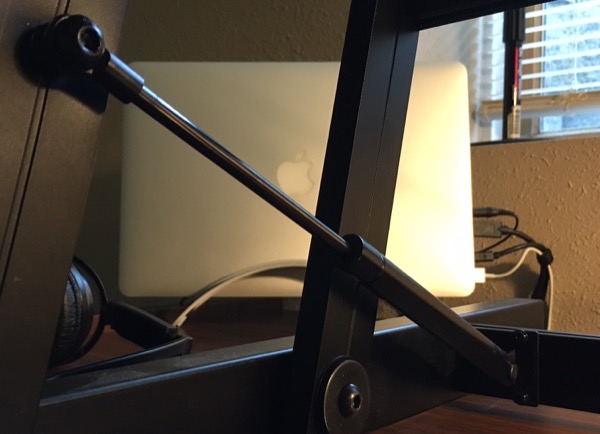 The first time this happened I was a bit afraid for my monitor. It even managed to shake the desk out of position slightly. If I had a cup of coffee on the desk I’m sure it would have splashed out. The pistons are strong. Once I realized this I remembered from then on to guide the desk to the standing position.

There are no alternative desk heights with the Rocelco, not without engaging the desk locks on each side of the structure. Where the VARIDESK has set points along the path of the raise, the Rocelco has one smooth transition from collapsed to fully expanded, although at any point along the way the locks could, theoretically, be engaged to lock the desk at a specific height, with the mechanics of how the desk raises it would be awkward at best. I’ve not bothered to try. 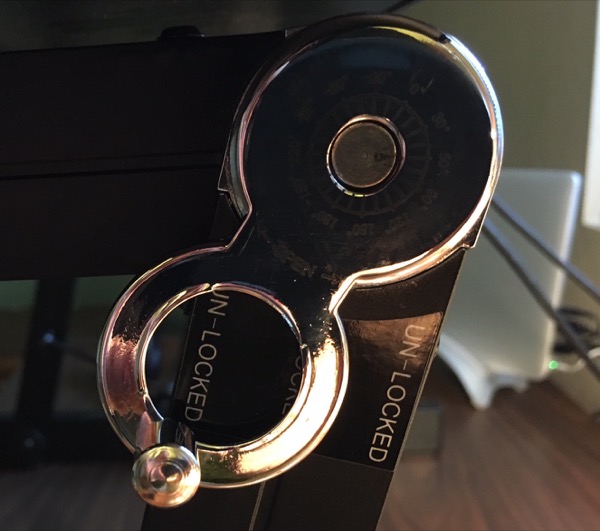 I’m a bit worried about the long-term prospects of the keyboard tray. The tray seems to be sitting an eighth of an inch lower than it was when I first unpacked the desk, and pulling up on the tray shows that it’s developed a bit of play to it. After two months of on and off use I would expect it to remain solid, I’m not sure what shape it will be in after a year or two. Also, neither the tray nor the desk seem solid enough to support me leaning on it, which, honestly, is a good thing. I shouldn’t be leaning on the desk while working anyway.

Since switching to a sanding desk last year I’ve become accustomed to long periods of standing, and walking around my office to think and work through problems. While I think the Rocelco is a fine starter desk, neither the aesthetics nor the mechanics of it make me happy enough not to start planning it’s replacement. For the next version I’m leaning heavily towards The Wirecutter’s recommendation of the Jarvis Bamboo, but I’m also considering a drafting desk like Dr. Bunsen’s.